There are many dead ears of wheat this year, so don't return straw to the field!

Recently, the problem of a large number of white ears (dead ears) in wheat fields has attracted the attention of farmers'. It should be especially reminded that if there are too many dead ears in the wheat field this year, do not return straw to the field when harvesting, otherwise, the disease may be more serious next year!

Why do you say that? Because many wheat fields with dead ears may be infected with wheat stem-base rot, which has a great impact on wheat yield. The final yield per mu of serious wheat fields is only 3,400 kg, and the yield reduction is serious. The wheat harvest is imminent. Here, the reference of agriculture, countryside and farmers reminds the peasant friends again that they must pay attention to: don't return the wheat straw infected with this disease to the field, otherwise it will easily cause the wheat outbreak again next season, resulting in serious yield reduction! 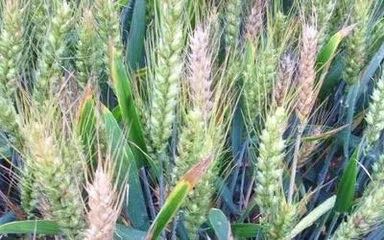 The symptoms of wheat stem base rot were white ear or half-truncated white ear and rotten stem at the base.
In recent years, wheat stem-base rot disease has become more and more serious, which can reduce wheat yield by 10%-70%, and it is difficult to cure. Some people call it "new cancer of wheat".
It has been found that the wheat stem-base rot fungus is a new soil-borne disease caused by the mixed infection of various pathogens. Six pathogenic bacteria have been isolated. The dominant pathogens are Fusarium pseudocerealis, Fusarium cerealis and Helminthosporium rhizoctoides. Pathogens attached to the disease residues, overwintering in the soil in summer, from the root-stem junction, many times infected wheat seedlings.
The wheat harvest will come in another period of time, and the present and future periods are the key period to determine this year's wheat yield, so the management of the later period must not be relaxed. The prevention of wheat rust, powdery mildew, total rot, lodging and hot and dry wind should be strengthened. Only by doing well in the late management can the high and stable yield of wheat be ensured. 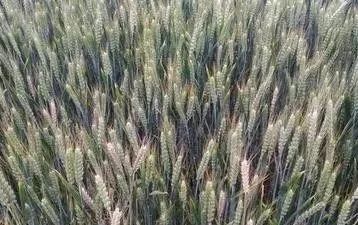 In recent years, due to the increasing environmental protection efforts, the work of banning burning straw is very strict everywhere. How to deal with the problem of crop straw has become a major problem that puzzles the current agricultural production. The state vigorously promotes straw returning to the field. Although this practice has many advantages, such as increasing soil organic matter, improving soil fertility and water conservation, its disadvantages have become increasingly prominent in recent years. If the quality of straw returned to the field is not high, it will result in low emergence rate of subsequent crop, even withered after seedling. This is because there are gaps between the upper and lower layers of soil after returning to the field, and the seeds are suspended, which affects germination and normal growth. In addition, especially serious, because a large number of diseases and insect pests are parasitized on the straw and directly mixed in the soil after returning to the field, in order to see the high incidence of diseases and insect pests buried. Hidden danger.
In addition, if there are a large number of white ears and dead ears in wheat fields this year, it may be stem-base rot, total erosion, sheath blight, root rot, scab and so on. These diseases will reduce the yield and quality of wheat. If the straw with viruses and pathogens returned to the field, it will inevitably cause the accumulation of viruses and pathogens, which will aggravate the high incidence of wheat diseases in the coming year. The effective solution is to burn the straw, but because burning the straw will pollute the air environment, it is strictly prohibited. Farmer friends can not do this, then they have to take other measures! 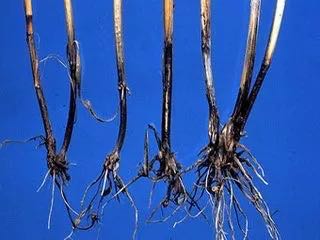 Therefore, the wheat straw infected with the above diseases should not be returned to the field at the time of wheat harvest this year. The wheat straw can be centralized and transported out of the field for composting or selling.
Finally, we should remind you that if this year's wheat diseases and insect pests are more serious, next season when planting wheat, we must treat the soil. Effective medicines such as tebuconazole, clotrimazole, carbendazim, pyrimidine ester and Difenoconazole can be used to coat or mix seeds. One or two of the above medicines can be used. Finally, two wheat seed mixing formulas are provided for reference.
Preventing Wheat Take-all disease: before sowing, 80 ml of 3% Difenoconazole suspension seed coating agent can be mixed with water to form 100-150 ml slurry. Seeds are treated with 10-15 kg or 6% tebuconazole suspension seed coating agent. Seeds are mixed with 0.03%-0.05% of the seed amount and stuffed for 6 hours before sowing in shade and dry. 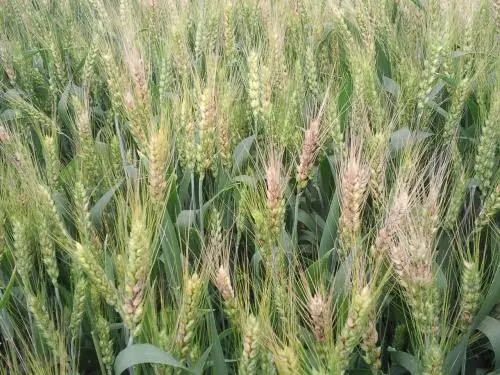 To prevent wheat root rot, seeds can be mixed with 0.2% tebuconazole or 3% Difenoconazole 250-300 ml water 500 ml and wheat seeds 50 kg. Seed weight of 0.02% (active ingredient) Triazolone wettable powder or 12.5% diniconazole wettable powder of 60-80 G can also be used to mix wheat seeds of 50 kg. The appropriate dosage should be strictly controlled to prevent the occurrence of pesticide damage.